Optimizing Exercise Selection for Left AIC and Right BC Patterns 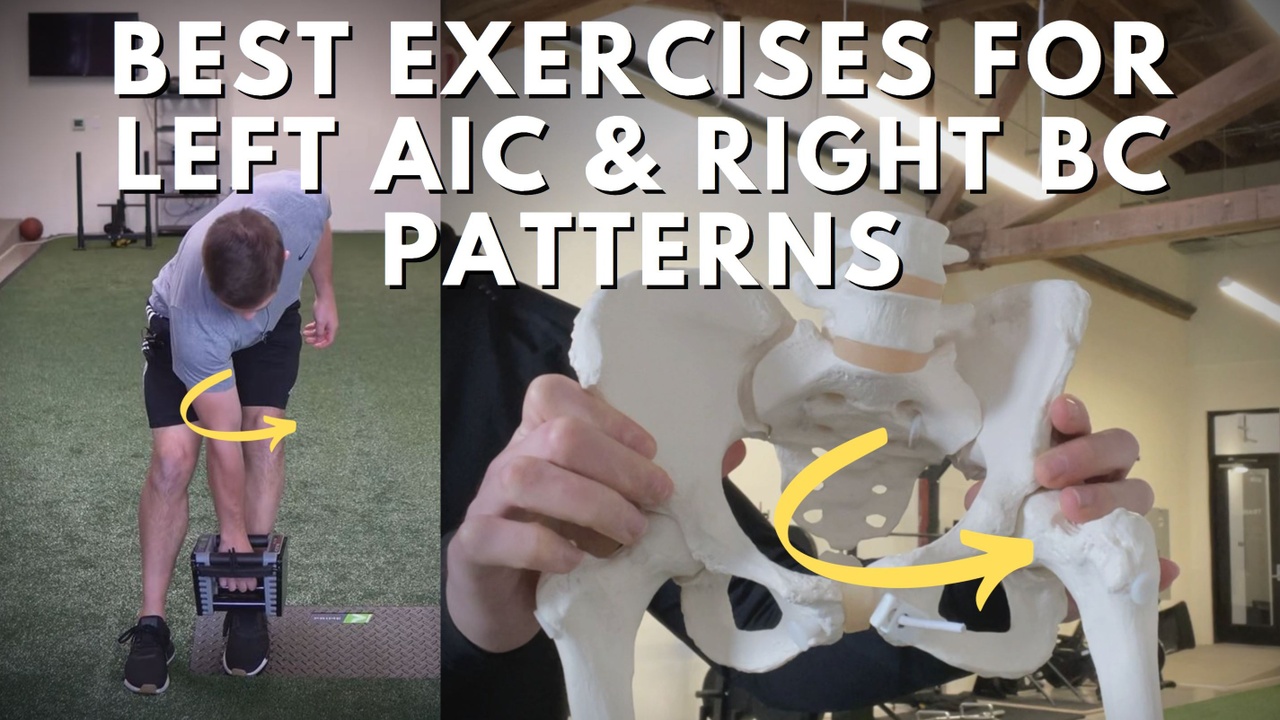 In the past I have discussed extensively how to address the Left AIC and Right BC patterns from Postural Restoration Institute, but I have not yet done is show how we can improve these patterns (and their associated measurements) through exercise itself.

As a gym owner myself, I obviously place a large priority on being able to effectively loading specific positions to create a meaningful biomechanical and fitness-related adaptation. Two birds with one stone, really.

We can do ground-based breathing drills, and that's great (and depending on the person, necessary), but if you are someone that cares about having a resilient body that can maintain positioning, joint alignment, and muscular coordination under stress, then we have to think about how we can load ourselves in order to train that.

In this article I will discuss:

The first thing to appreciate about this entire concept of proper exercise selection is that load itself is going to dictate how much success we are able to achieve with a given exercise.

What I mean by that is that load is inherently "compressive". The more we use, the more likely we are to "squeeze" more and more parts of our body to produce force and create pressure gradient changes within it.

Imagine you have two people: 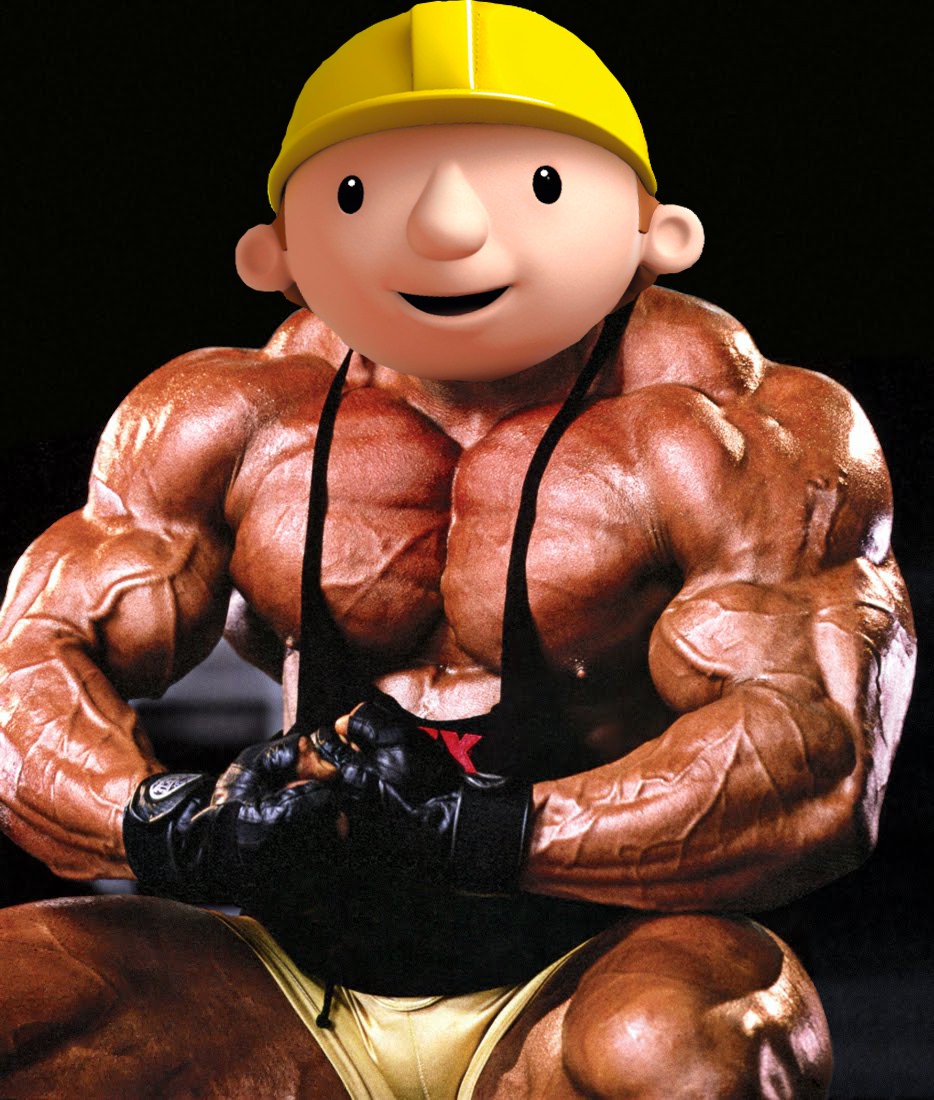 Bob has been creating adaptations under heavy loads for years, so his body knows how to efficiently produce force. He is more likely to be able to have the coordination to isolate certain muscles, but the downside is that he will start kicking on more and more muscles (compressing) at a lower % of his relative 1 rep max because that is an effective and easy way to produce that force.

Tom has not been training as long, so he does not have the ability to inherently lacks the ability to isolate certain muscles effectively, but on the other hand, he cannot create as much compression effectively (intermuscular coordination), meaning he can probably lift more of his relative %1RM before he will start compressing.

A compound movement is generally a movement that is going to require multiple joints moving to complete a given movement pattern, such as a squat, deadlift, or bench press. Bilateral simply means that it occurs on both legs, whereas unilateral means it occurs primarily on one leg. 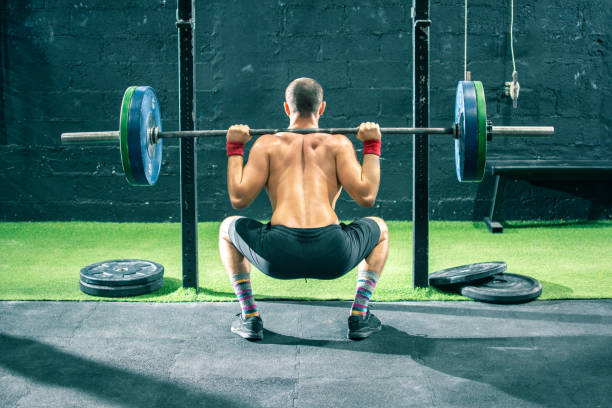 The potential issue with bilateral lifts is that it is going to require the body to do the same thing on both sides of the body at the same time. Over time, this can lead to the body adapting to that, and that's one major reason we see big bodybuilders and powerlifters walk like refrigerators.

If we have a pelvis and/or ribcage that is significantly asymmetrical and we want to help restore neutrality, would we only want to do bilateral lifts like most of the general gym-goers? Probably not, because different sides of the pelvis are better at certain joint actions, so we could just be reinforcing their strengths while not addressing their weaknesses.

For example, the right side tends to be better than the left at internal rotation. This can lead to a bias of the pelvis to shift towards the right when we need to use internal rotation in a squat, which would result in a hip shift: 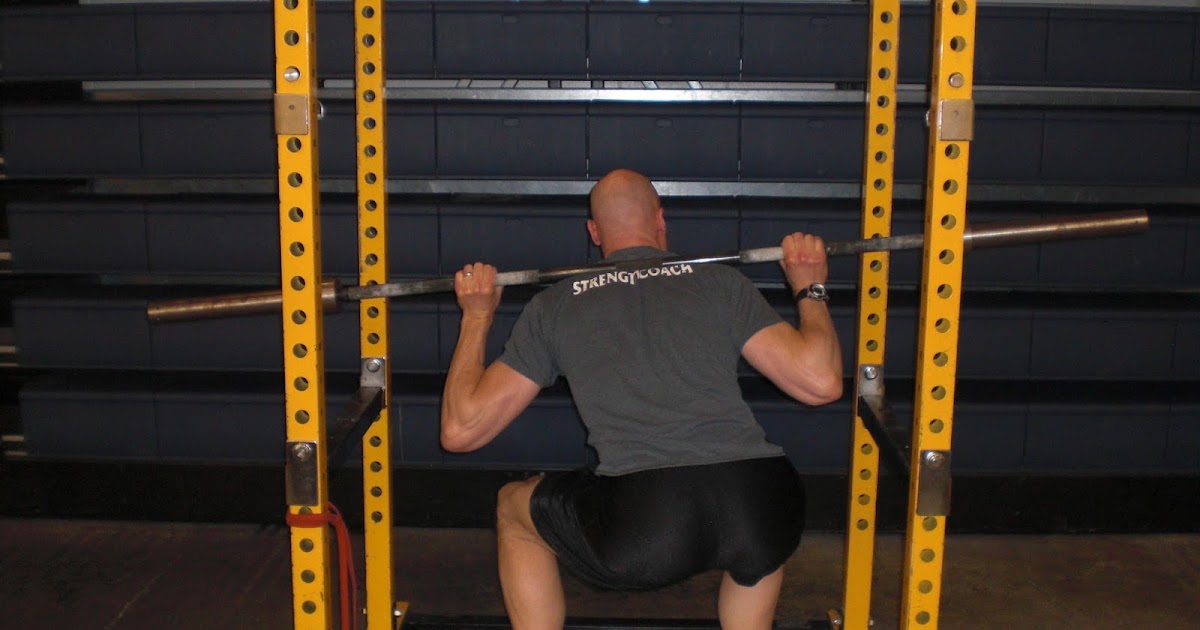 Single leg, or unilateral training, is going to be most helpful because it requires one side of the body to do one joint action (i.e. internal rotation) while the other side is in the opposing join action (i.e. external rotation). This is much more specific to how we move as humans and how our pelvis/ribcage moves through space.

I am not saying we should avoid bilateral lifts entirely. That isn't necessary for most people. But the goal would be to use an appropriate amount while prioritizing single leg training. An asymmetrical body requires an asymmetrical approach, and I will show you how to pick exercises to help maximize the effectiveness of that approach.

The General Goals of a Left AIC

I am going to assume you have read both my Left AIC article (if you haven't, please do), so that I can save a bit of time discussing the intricacies of those patterns.

Overall, the goal is going to be to:

Given this information, there are a few muscles we want to keep in mind that will allow us to do that on each side:

Left Side: Muscles that "load" us into the left side

Right Side: Muscles that "push" us forward:

With this in mind, would we want to do the same type of split squat, deadlift, press, or pull on both sides? If your goal is primarily to improve your movement, then probably not.

I want to address a few more points that will be important for how we target these muscles:

#1: We Naturally Turn Away From Load 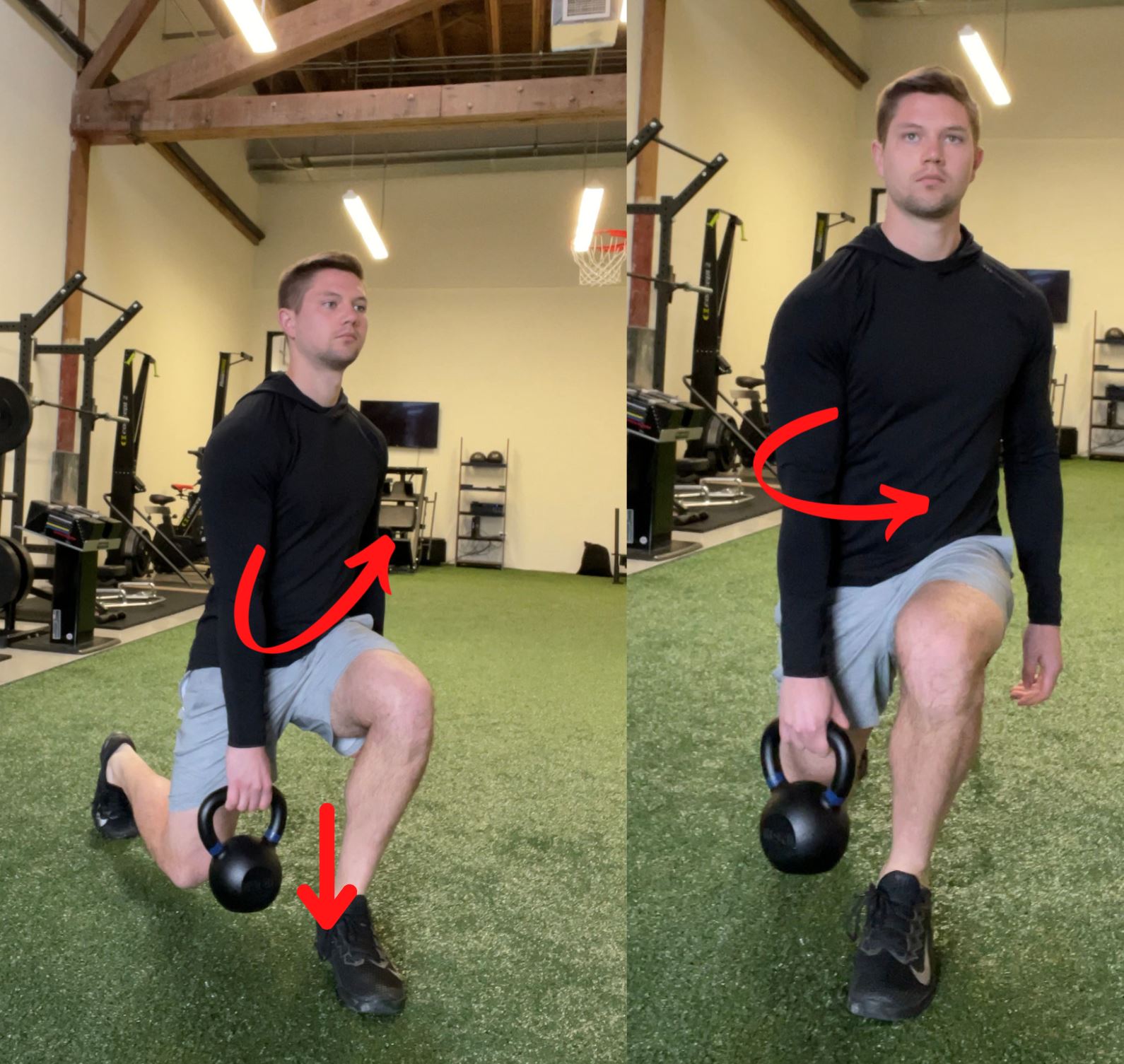 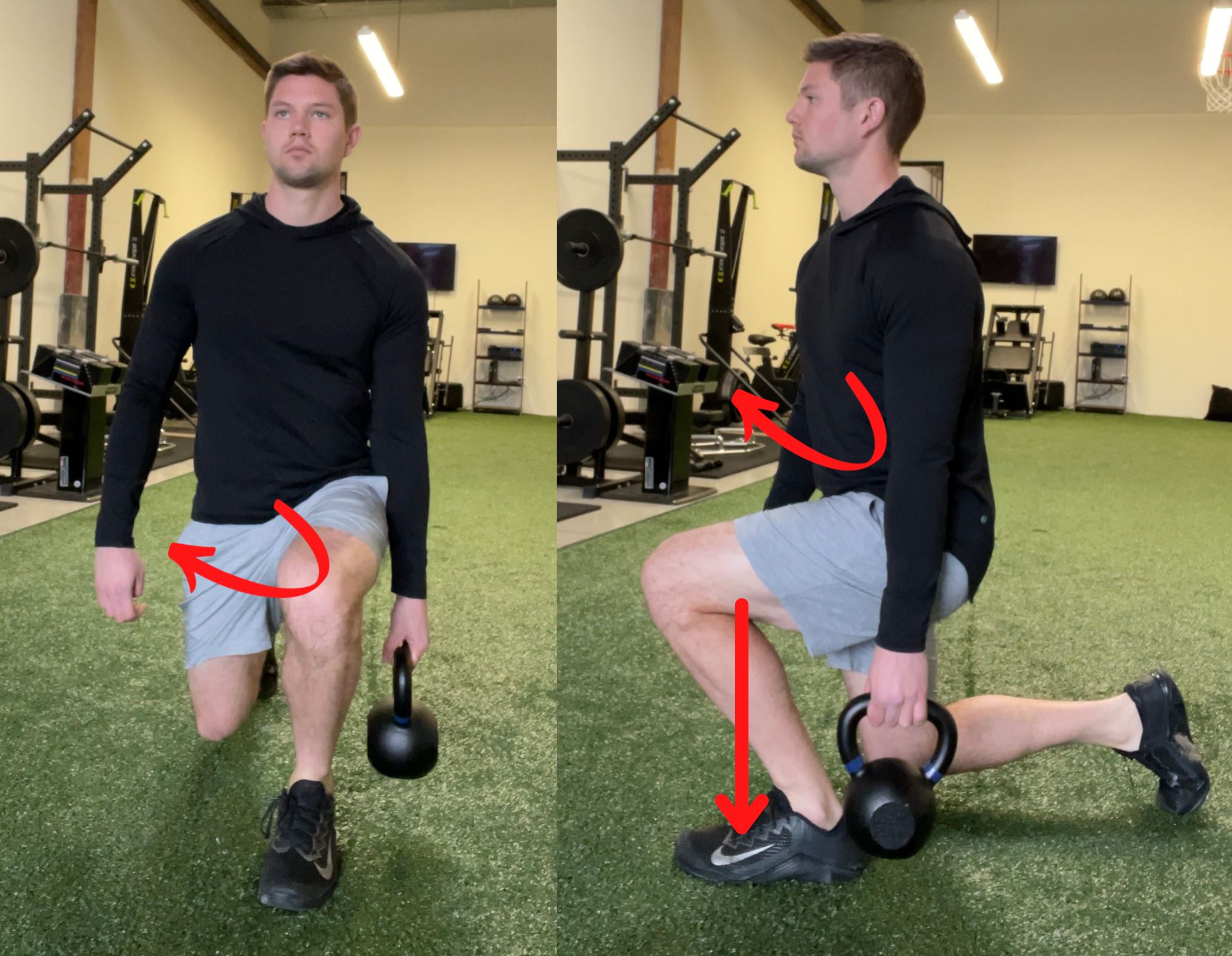 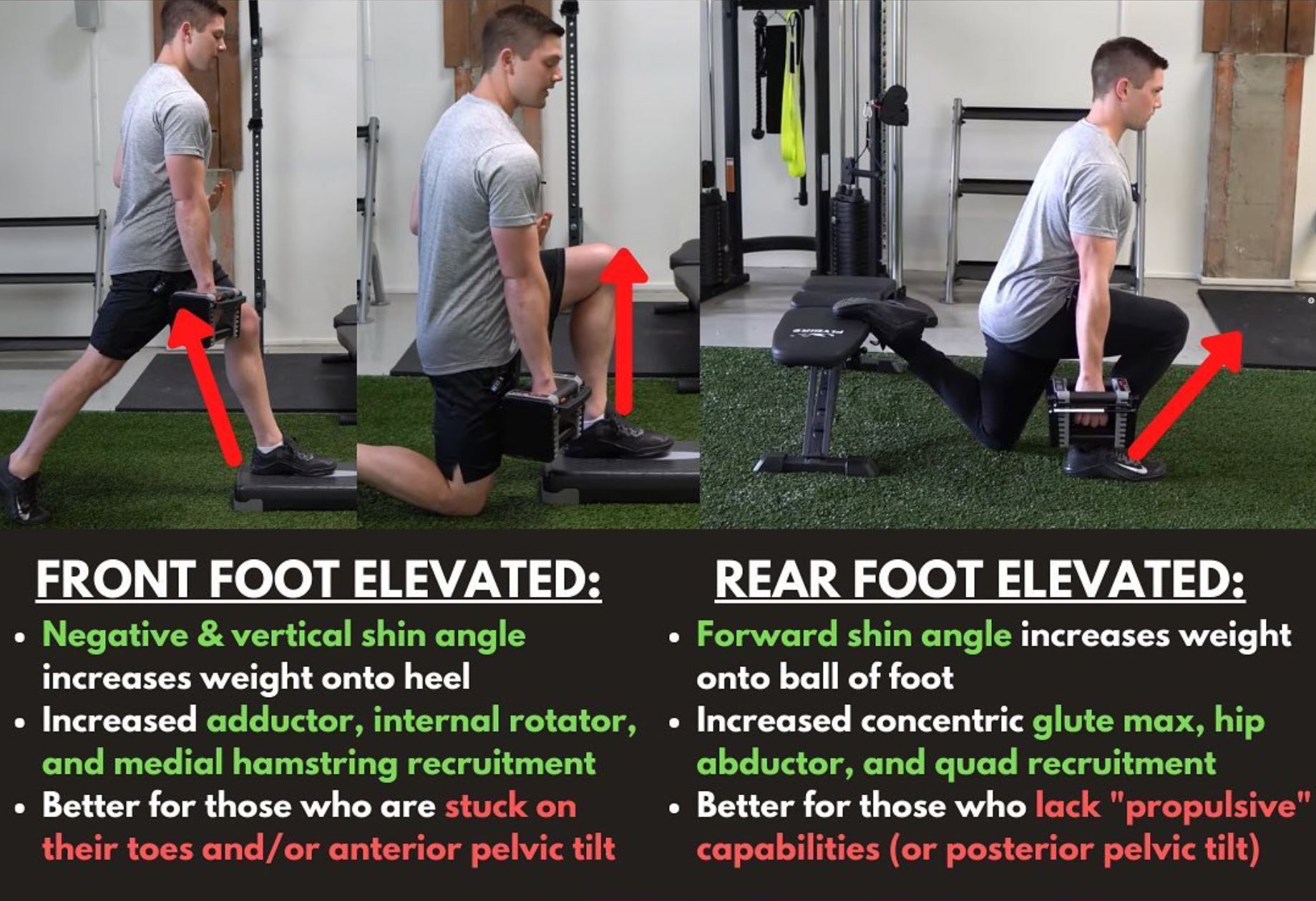 Given this, we can choose the following exercises for each side to help promote the goals of each side of the pelvis:

This exercise will help facilitate that "turn" into the left side & help recurit the adductor, anterior glute med, and oblique on that side. The front foot elevation will help naturally offload bodyweight from the front of the foot to the back of the foot (heel/mid-foot).

This will offset the stance so that the left hip is back so we can "turn" into it more effectively. The heel elevation will help bias more heel reference while also allowing for an easier turn of the pelvis towards that side. Pay attention to the right foot reference cues.

Same principles as above, but potentially a better/easier position for some people depending on how they present.

The rear foot elevation will help create a more forward shin angle on the right for more forefoot reference. This, in combination with the ipsilateral load, will help bias a "push" from the right side for more glute max, posterior glute med, and quad.

Similar principles to those above, but the ipsilateral load will help also create a turn of the pelvis towards the left side as well.

Another effective way to get a "push from the right side" while also referencing the right foot arch.

Exercise Principles for the Right BC

Just as above, I hope you have read my Right BC article.

The goals of the Right BC pattern are:

The muscles associated with this are primarily going to be:

Keep in mind the following things for the Right BC pattern:

This will open up space between the scapula and spine for posterior expansion, assuming that the scapula is in a position that will allow for that.

We can use contacts of our foot to help push/pull us over to one side. For example, if I wanted to use a cable press to push myself left, I would want to feel my right foot arch and my left heel. This will make more sense below.

The offset hand position here is going to create left trunk rotation, which as I touched on above, is going to open up the left posterior ribcage to expand more during this exercise.

Similar principle of trunk rotation above, but also with more scapular movement away from the spine. This one is great for feeling that expansion.

This would be an effective way to get some left posterior expansion while also helping turn the pelvis left.

This exercise combines a little bit of the pelvis and ribcage together. The staggered stance will help bias us towards a left turn in the lower body, and the foot pressures alongside the right arm press will help push us left. The press will also help us recruit some Serratus Anterior on the right.

This effectively targets the fibers of the low trap and triceps to help improve the positioning of the right scap (via "pulling it back"), but also improve right anterior expansion. This video was taken on the left because we had to for the right angle, but it would be effective for the right side in this context.

Here is another way you can get triceps + anterior expansion of the right ribcage.

I understand this is a lot of information. However, I think this combines most of the content I've written about or spoken on.

To be perfectly honest, this is just scratching the surface. There are dozens (actually, over a hundred) different ways we could improve the limitations of these patterns with weight training. If you are curious to learn more, or see how they fit in the context of an entire training program or even a single work out, I highly recommend you check out my Biomechanics Program. Sign-ups for the live course are still happening through January 31st!

The general idea is that we want to push ourselves from right to left and be able to accept that load on the left side. Here are some articles that may aid your understanding of the concepts described in this article: