Improving Running Performance: Should you try to Alter Your Mechanics? 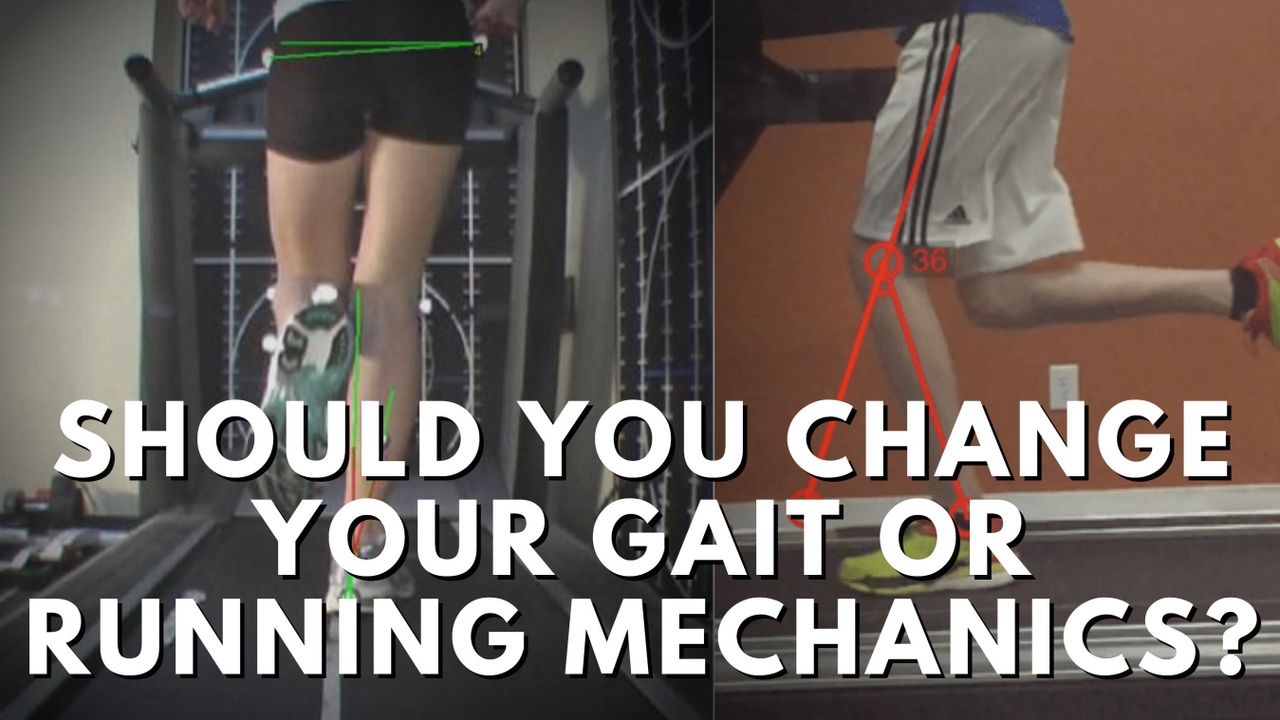 There is a lot of analysis going on here...

From the moment we begin to walk as adolescents, we begin to experiment with a wide range of walking patterns, subconsciously analyzing the metabolic expense associated with each variation of gait. This is a time-consuming process and perfecting the musculoskeletal interactions necessary to become metabolically efficient can take up to a decade to master (Scott, 1981).

Obviously, everyone has differences in strength, bony architecture, and range of motion available. Even prior injury may influence how we walk or run.

The body is concerned with expending the least amount of energy for the most amount of results. This is how we evolved to give ourselves the best chances of survival.

By experimenting with every biomechanical option available to us in childhood and even later in life (an unconscious process you have no idea is going on), we select a specific gait and running pattern that is efficient for us specifically.

Our brain is seeking stability. But we need to be able to go through the “typical” gait cycle as normally as we can if we are to conserve the most energy. If we lack a range of motion we do not possess, compensations can occur up and down the chain to “find” that range of motion that might be lacking where we need it.

The femoral-acetabular joint needs to be able to internally rotate in mid-stance phase of gait. This allows for proper weight acceptance as we shift our bodyweight over the stance-side leg via activation of the adductors, anterior gluteus medius, and hamstring on the stance leg while our pelvis is posteriorly rotated.

If we cannot internally rotate the femur, there is potential for the knee to excessively collapse inward or for the foot to overly pronate in an attempt to find that internal rotation your hip does not have.

So if we were to consciously try and alter our gait by trying to force internal rotation on a leg that cannot internally rotate, we could be making the problem worse rather than better. This explains why any attempt to modify a runner’s self-selected stride length or gait pattern will result in a metabolically less efficient gait (Anderson, 1996, Cavanagh, 1982, Hunter et. al, 2008).

This would result in your body fighting against a self-organized gait pattern. It was only trying to save you energy in the best way it knew how, given the available options it had to it in the present moment.

This means you are burning more energy and could be slower. Or maybe even compensating further.

In my opinion, we should not consciously try to alter the way we walk or run.

A good idea would be to provide the body an environment to allow for it to alter its gait pattern unconsciously.

I am a big believer of improving range of motion via respecting positioning of the skeleton and allowing the brain to let go.

Let’s go back to the idea of mid-stance of gait. If don’t have adequate hip internal rotation (this is very common on the left side), then it would be a good idea to think about the following things:

Respecting what the pelvis is doing with the femur in mid-stance: The pelvis moves over the femur.

Breathe slowly and allow for parasympathetic input into the brain so that it can allow these changes to occur.

The last point is particularly important. If we are tense, or stressed out when executing the following exercise, the we are providing sympathetic (fight or flight) input into the brain. This is probably going to get you nowhere are your brain senses the new position as a potential threat and will not allow for you to maintain that position for long.

This is creating a neurological association between a posterior pelvic tilt, pressure on the mid-foot/heel, and the associated musculature working to stabilize my stance-side leg.

This is what we want. I am breathing slowly in through my nose and out through my mouth in a very controlled manner, trying to stay as relaxed as possible to facilitate parasympathetic input.

But we can’t just do this once. We need to continually provide input into a brain that has adopted a certain gait pattern that it is comfortable with. I recommend at least 5+ sets a day of 30 seconds. That would be a good start.

This is just one example of how we can go about addressing these issues, and by no means is this the only exercise I would program. I discuss this in great detail in my Biomechanics Program. There are many ways to skin a cat, but the most important point is that altering gait and running mechanics is best done by making it an implicit, or unconscious change via respecting the aforementioned qualities of a “corrective” exercise.

What if I'm already fast?

If you’re healthy, already relatively fast, and display slight to moderate deviations from what is considered more “optimal” gait, then you maybe don’t need to do anything.

If it ain’t broke, don’t fix it. Unless there are some major red flags going on, I don’t see a problem letting things be even with some potential concerns. Some of the best runners in the world display running mechanics that are considered to be inadequate by many.