The Massively Underrated Role of Breathing in Posture 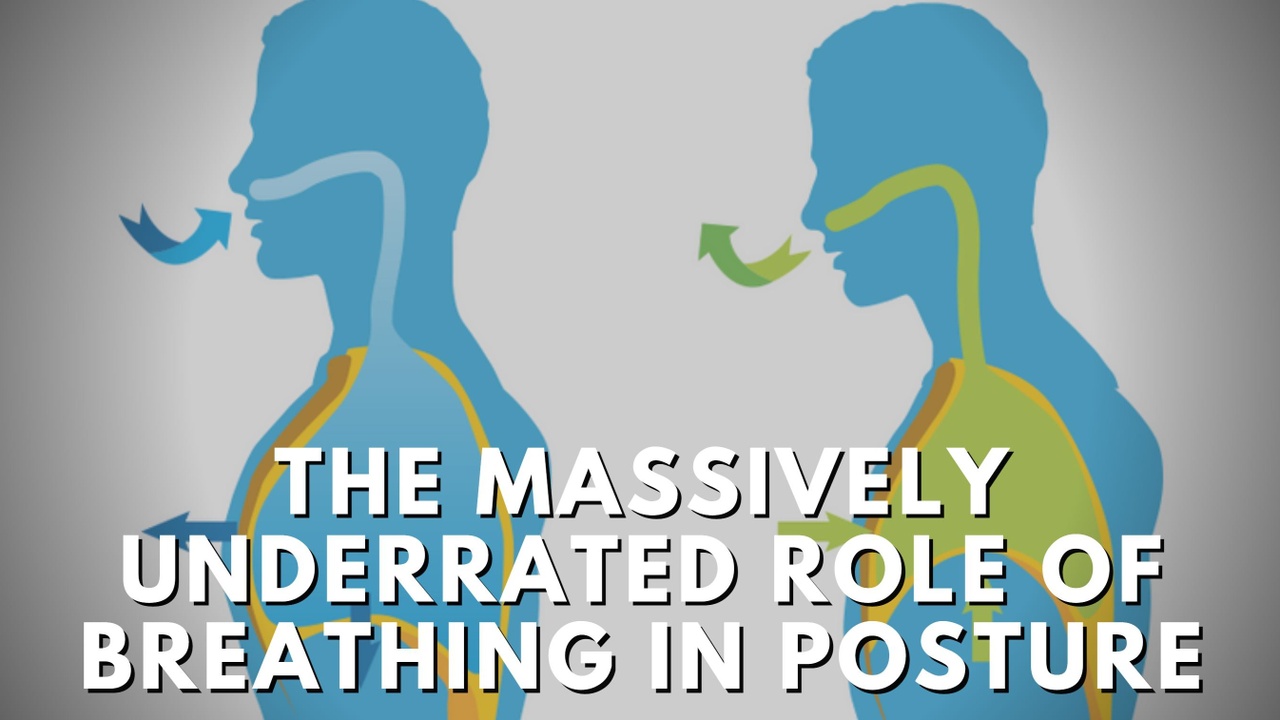 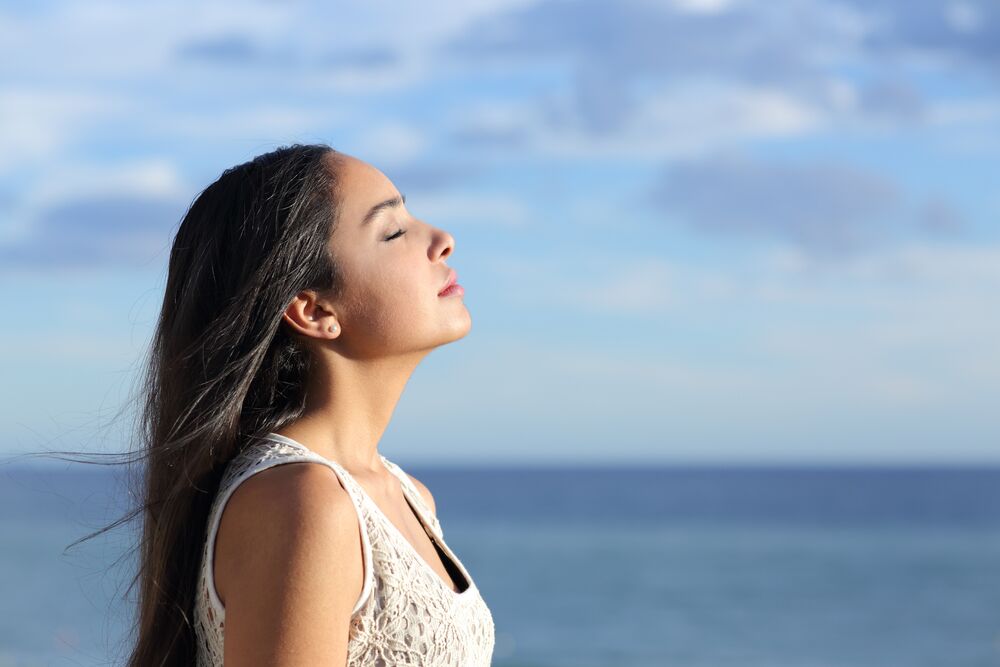 Breathing is generally a highly underappreciated aspect of our posture and daily lives. Given that we take 20,000+ breaths per day and our body changes shape throughout the breath cycle, it would make sense that the influence of this action could have implications on our posture.

In my experience, addressing breathing has been the single most important variable for fixing many postural deficits. It’s always fun to see someone’s reaction when they come to me with an issue and I assess them and tell them it’s because they can’t breathe well.

I like to tell people the following: We can look at the symptom of the issue. Maybe your shoulder or back hurts. And maybe we can target those areas with a few sets of “corrective exercises” to help you feel better temporarily. But is that addressing the root issue? What if instead we took a comprehensive, global approach to your system and corrected your breathing pattern, and now you’re doing 20,000+ reps of corrective exercise each day!

What we will cover:

TL;DR: Breathing involves many joint actions at both the ribcage and pelvis. If you cannot breathe well, your skeleton is likely biased in a state of inhalation or exhalation. Being stuck in a given orientation of joint actions can restrict other ones, resulting in certain tissues and structures repetitively being stressed over time.

We have two phases of breathing: Inhalation and exhalation. The primary muscle of inhalation is the diaphragm. The diaphragm is a dome-like structure below our lungs. When we inhale, the diaphragm descends in the thoracic cavity and assits in drawing in air to the lungs. Upon exhalation, the diaphragm should ascend back to it’s resting position (Bordani & Zanier, 2013).

This should occur without too much involvement of the accessory respiration musculature (the scalanes, sternocleidomastoids, pec minor, etc).

The abdominals, specifically the external intercostals, are muscles of exhalation. The obliques and transverse abdominis muscles are involved upon more forced exhalation.

Biomechanics of the Breath Cycle

An often under-valued role of the ribcage in breathing is the ability to expand the posterior mediastinal cavity, which is in the back portion of our thoracic cavity. If you look at a picture of a normal human spinal curve, there is a degree of natural thoracic flexion.

This is necessary to maintain because it allows for expansion of this region and for the scapula to glide freely on the back ribcage.

This area should expand upon inhalation via the ability to maintain a Zone of Apposition. While the ribs should externally rotate and lift upon inhalation, the lower ribs should not excessively flare upward. The idea behind a Zone of Apposition (ZoA) is that the opposition created by maintaining the ZoA allows air to follow the path of least resistance into the ribcage as opposed to the belly. A classic sign of a poor ZoA is a chronically flared lower ribcage at rest.

Our pelvis is also involved in breathing (Park & Han, 2015). Upon inhalation, the pelvis moves along with the ribcage into external rotation and widens out, lowering the pelvic floor as our guts descend. The inverse occurs during exhalation.

Breathing during rest and low intensity movement should occur through the nose (Ruth, 2012). Nose breathing imposes approximately 50 percent more resistance to the air stream, as compared to mouth breathing. This results in 10 to 20 percent more oxygen uptake. 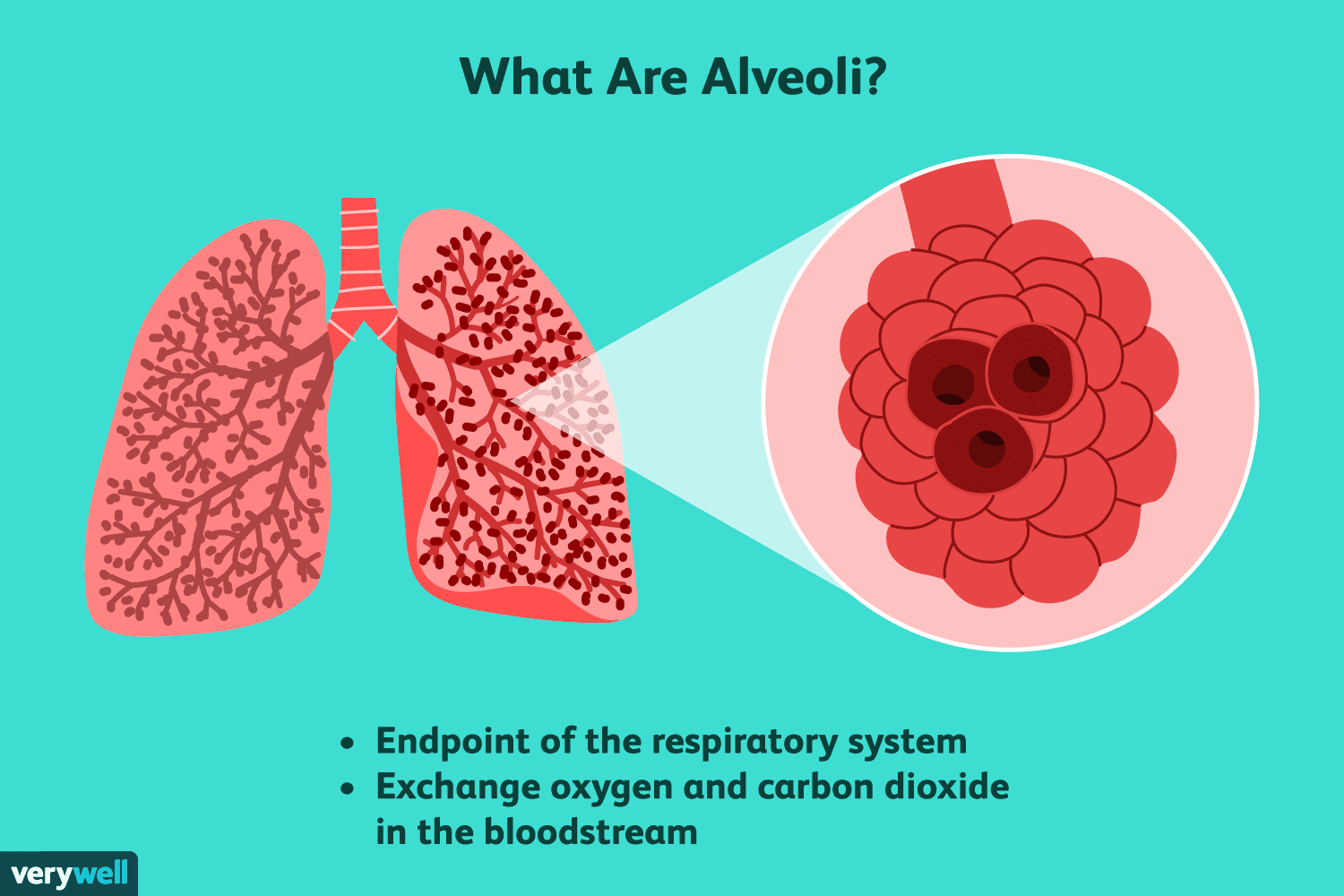 The Nervous System's Role in Breathing

Although gas exchange takes place in the lungs, the respiratory system is controlled by the central nervous system (CNS). While we do have some voluntary control of breathing, it is regulated automatically and functions whether we think about it or not.

The portions of the CNS that control respiration are located within the brain stem—specifically within the pons and the medulla.

These components are responsible for the nerve impulses, which are transmitted via the phrenic and other motor nerves to the diaphragm and intercostal muscles, controlling our basic breathing rhythm (Martin, 1984).

We have two primary branches of our autonomic nervous system: The sympathetic (“Fight or Fight”) branch and the parasympathetic (“Rest & Digest”) branch.

When we exercise or a “threat” is sensed by the brain, we enter a more sympathetic state. When we are at rest and the body is undergoing repair, digestion, or a variety of other processes, we are in more of a parasympathetic state (Russo et. al, 2017).

How To Know If You Potentially Can't Breathe Well

Common giveaways of poor breathing patterns can be represented throughout the body via:

Tests you can use to determine if you cannot breathe well:

This test determins if you can expand your anterior ribcage. If you get to around 60-70 degrees, chances are high your front ribcage is stuck in a downward, exhaled state of internal rotation, therefore you cannot internally rotate because you’re already stuck in internal rotation:

This test determines if you can expand your posterior ribcage. If you cannot get your elbow to at least 120 degrees, this tells me that your upper back is restricted and not allowing your scapula to glide on the ribcage.